You won't believe this Saturday!

I had a Saturday unlike any I can remember. Everything seemed to click. Although the south saw some dangerous weather this weekend we only got some rain and wind – nice wind, not the dangerous kind. Friday night we slept with the window opened a little and the cool breeze made the temperature just right for wonderful snuggling weather, and we took full advantage.

Nick must have really enjoyed the night because he woke up early and more that eager to continue the snuggling in a more awake mode – part of which included me getting a good spanking before 7:00 AM on a Saturday! Little did I know that was only the beginning of an active day. Nick, who normally gets up long before 5:00, got on up then but I was content in bed for at least another hour or so. Finally I staggered to the kitchen sometime after 8:00 to be met by a husband with a gleam in his eye and a wooden spoon in his hand!

Bending me over the couch and quickly pulled down my sweats and panties. “Wait!” I protested “What’s wrong with leaving me with some protection this early in the day?”

“Views better this way.” He told me and I was quickly and thoroughly paddled for sleeping the day away. So that was the mood he was in!

During the morning Mollie came home to say hey before heading back to her house/dog sitting job. I got a tiny bit of house work done and my school work for the weekend. We needed a few things so I was getting ready for a grocery run.

I was changing clothes when Nick asked “What are you getting at the store?”

“Beats me.” I answered. “I haven’t gotten there yet.” You may be able to tell I’m not much of a list make. LOL, no one will ever mistake me for a domestic goddess!

Halfway through dressing was perhaps not the best time for this discussion. Since I was wearing only a tee shirt and panties he quickly pulled down the panties for another bottom warming – my third of the day!! Let’s just say he sent me to the store fully concentrating on my husband! Trust me, he never left my thoughts the whole time and I didn’t bring home any junk!

Okay well maybe I did get something I would regret purchasing. Honestly it was something Mollie had asked for and I told her we didn’t need one. But seeing it there, well … something just possessed me to buy it. 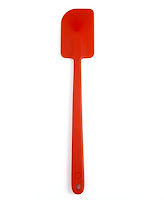 I know, I know - spankees can be dumb sometimes! We see something and we just can’t resist regardless of what we know is coming. Nick picked it up grinning when I got home. He looked at me questioningly and I told him that Mollie had asked for one. His only comment was let’s see if it works.

Owwwwww! The damn thing works! At least I got to keep my clothes on. I’m just afraid he’s going to try to match the color someday.

It was later in the evening when Nick got out of the shower that he took me back to the bedroom for what you might call the main event. He did warm me up a bit over my jeans but not for long. Soon he was asking me to undress completely. I did as he asked and then he very gallantly handed me something to put on – a blindfold – guess he didn’t want me to get cold!

The first thing he did was to shave me. I love this! I think the act itself is sensual and I like the way I feel shaved. This was something I had never thought of doing before I began blogging and heard of several couples that did this. It was a strange feeling for a woman my age but it was something that was like a wonderful little secret shared between the two of us. 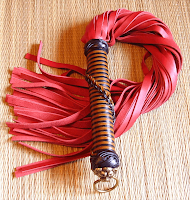 He totally kept me guessing about what was coming. Sometimes they were light to medium strokes; others had me hanging on to keep from putting my hand back. I loved having the blindfold on. I really never knew what was coming. Nick took his time, there might be a series of hard swats followed by gentle rubbing or kissing, more swats, then I would hear him walking around the room seeming to wonder what he might use next. Sometimes he would stop and I would hear him take a sip of his wine as he contemplated. It was a wonderful time! 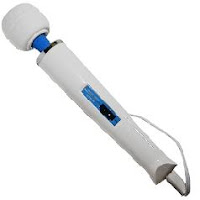 I’ll have to say it was a satisfying afternoon, I was satisfied several time to be honest. We don’t always have the time, energy and privacy for a day like that but that makes them all the more sweet when they do come along. I wish everyone of you as good a day as I had.
Posted by PK at 2:00 AM