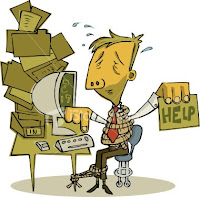 Real life is beginning to annoy me. I know it has its place, but really! I am delighted to see any signs that the economy is improving. I’m very sincere about that, but does it all have to be in the company where Nick works? Nick is working hard; he’s working way more hours than he did 6 months ago. He comes home tired and he often has trouble sleeping. If he wakes up a 3:00AM he mentally begins his day and all he has to get done at work. He doesn’t do it intentionally but it often happens. And today - our one day that we can plan on some privacy I have to stay 3 hours late at work. Darn that real life!

Nick isn’t the one in the family with unending spanko thoughts running through his head all the time (that’s me) but even thought he's tired and doesn’t have much extra energy at the moment, he hasn’t forgotten me. He invited/insisted on a walk Sunday afternoon – the weather was beautiful. His computer has been under the weather so there had been little emailing. On the walk he suggested a contest for the upcoming week. He gave me a number to reach on the scale. If I make it I get any sexual favors I want, if I don’t the favors are his to command. This is always a fun challenge. It’s always fun to win but this way there are no losers!!

He also remembered me Saturday morning. I was peacefully snuggled down for an extra hour (sleeping is s 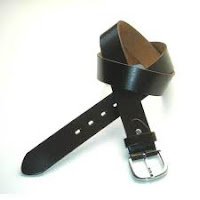 omething that I am really good at) when he flips back the covers and gives me a few snappy pops with his belt as he’s dressing. Now that made for sweet dreams as I drifted back off. So I really appreciated him thinking of me. I have the hope that someday we will have time, privacy and energy all at the same time.

And just a word of advice to my readers in their 20’s and 30’s if you're just reading out here and only wishing that you had the courage to come out to the one you love – DO IT!! If there is one thing I’ve ever done in my life that Nick would really like to bust my ass for, its waiting so long to come out to him. It wasn’t like he didn’t ask me to be more open with him; he really wanted to know what I wanted from him in every way. But I wouldn’t tell him – I knew what I needed, but I couldn’t bring myself to share what I knew I needed with Nick. I didn’t share until I was 49, and Nick’s older than I am. He loves that I finally came out, but he has often pointed out that he would have been even happier if he had learned about this little desire when he was in his 30’s rather than his 50’s.

Better late than never but I’m telling you – go for it! Tell the one you love or email me (elisspeaks@yahoo.com) and I’ll give you that gentle shove or a kick in the ass, whatever you need!
Posted by PK at 1:30 AM