I called Nick yesterday, as I stopped by the store, to see if there was anything he particularly needed.

He said we were out of baked beans and he wanted some. 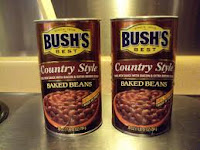 He said we were out of the lean cuisine I liked, so to get some of them too. 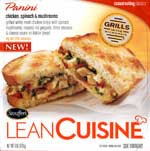 He said Mollie was out of the juice she likes.

And he said the dog was out of canned food.

I’m such a good wife. I got home with lean cuisine, juice and dog food. No baked beans. I didn’t forget them on purpose. But Nick did use the wooded spoon on purpose. Poor man, I may never get anything he wants from the store again.
Posted by PK at 12:04 AM