The healthiest thing I do

When CeeCi suggested the other day that I take a break from the gym the diet worries she also suggested I take a 2 week break from blogging. I didn’t want to do that but you may not know why. To be truthful blogging is one of the healthiest things that I do for myself.

I started actively ‘mind blogging’ when I was eleven and we (my parents, sister an 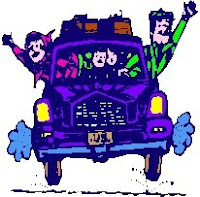 d I) drove to CA and back. I spent twenty-eight days in a car with the same 3 people two of whom had mastered the art of keeping a constant running argument. My mom and sister just seemed to yammer at one another endlessly with my dad chiming in once and a while to try to get them to stop. Now my sister and I argued too but when I wasn’t actively engaged in it myself I HATED listening to them fuss. So I just checked out. I would open my window a bit, throw a beach towel over my head and suddenly I was in my own world. After 4 weeks of this I was hooked for life.

The other world I created became someplace I enjoy spending my spare time. I had no illusions that it was real but it was like a great movie or a good book and it became more and more elaborate and I spent more and more time there. Sometime the amount I spent over there worried me. And it became a true addiction to me. I know it cut me off from getting as close to other people as I could have been. One of my good friends knew about it - she called it ‘mind f*cking’ and worried when I would go over.

I worried some too and I really did try to stop doing it. But it was just too easy – I didn’t have to buy alcohol, cigarettes, or drugs. It was right there, just a thought away. How do you break yourself of something you love so much that is free and available 24/7? It was the most isolating thing you can imagine and I did it for almost 40 years straight.

Then suddenly I found blogs. Real live people who not only understood my kink but embraced and encouraged it. I was talking to real people!! I could create stories – not just in my head but I could actu 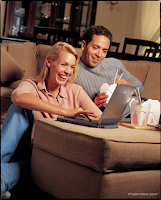 ally write them and other would read them. Nick saw the change in me at once and has lovingly encouraged this outlet for me ever since. The comments are a true gift to me – the chance to talk back and forth with people helps me so much. The emails with friends, all the contacts that blogging brings is what is keeping me grounded in this world and not fantasying in that other world. I worry sometimes that if I stopped blogging completely that I would fall back into that pattern. I am very proud to say that I have not gone over into ‘that other world’ in over 4 years now – and this was something I did nearly daily before. So thanks to all of you out here for keeping me grounded in the real world. I know some folks don’t think of internet friends as the real world – but we all know the truth, and those others are dead wrong.
Posted by PK at 12:05 AM