Here is an update on David's condition.

This is what I got from Mthc a little while ago.

David's a little better but not much..his bp was 179 over something when we left..lower but still way to high. His sugar is way to high as well and they are having trouble getting it under control so he's taking insulin . His kidneys are having problems ... They have changed and added medicines too. His blood pressure is what is probably causing the headaches. Please keep them in your prayers

More spanking needed
You know what a good girl I am. That’s always been my problem as a spanko – I am so darn perfect there is never any reason for Nick to spank me. Okay I guess that not completely accurate but as I’ve written before, Nick and I simply get along and the things we do just don’t really irritate the other. But even though I am not a true brat by nature sometimes I have to push the envelope just a bit.

I feel I haven’t been getting enough spanking lately. So I began teasing Nick a little. He would complain about the clothes I leave at the foot of the bed to which I would answer with a grin “I figured it didn’t bother you or you would have done something about it.”

The next day he asked me to stop popping my gum and blowing bubbles as I played on the computer – it was irritating him. I just looked him and shrugged, and didn’t stop.

The next thing was the other morning as I was pawing through my laundry that I hadn’t put away. Nick said “That would have been easier if you had put your stuff away last night.” I ignored him and after a few minutes grinned and said “Sorry, I wasn’t listening.”

“That” he said “is your problem. You don’t listen.”

“No” I told him “my problem is that you don’t make me listen!”

Can you see that I really wanted a spanking!! My worse problem is timing. I forgot that Mollie was going to be gone all evening skiing. I mean wanting a spanking and smarting off to your husband when you are actually going to have privacy to get one are two different things!

This morning I got the following email from him –

Whether you want it or not, we will see! You have been a little bratty lately, and have seemed to wish to lay the blame for your misdeeds on me. Do you think that was the wisest response?

So fast forward until shortly after Mollie headed off to ski and Nick asked me to join him in the bedroom. I walked in to find the blindfold on the bed. I put it on and laid back. I haven’t been spanked enough lately to identify everything (that might get me another one) but he did start a nice warm up over my jeans.

The warn up wasn’t too long. He unzipped my jeans and pulled them off. Next came the panties. I was nestling down when I heard Velcro and knew he had brought out the cuffs. I really like my cuffs! He h

as added rope on them so my hands were cuffed and tide to each corner of the head of the bed. Sigh… that feels so nice. But I quickly realized he wasn’t finished. Using his 2 of his ties he proceeded to tie my ankles to the other two corners of the bed. He hadn’t done that before and it was such a delicious feeling to be able to pull against the restraint and know I wasn’t going anywhere!

The spanking ramped up a little then. He did a fine job with our leather paddle and then he started popping me hard with the OCW – now that thing stings! But that was nothing compared to what came next. It was a good thing I was restrained when I felt a hellish implement whack my butt a half dozen times. Owwwwww… WTF!!!!

I jerked my head around to check out what the hell it was – but of course I was blindfolded. Nick casually said “Bet you’re glad you brought that home from school aren’t you?” Good grief! A friend retired after teaching for nearly 40 years and left behind the paddle she had used in the old days. Rather than see this antique thrown away I brought it home. It definitely should have been thrown away!!!

While my bottom blazed from that last assault Nick said “Just relax, I’ll be back.” I really like being left in my thought sometimes, I could pull against the restraints and my butt was

still throbbing. Oh and before he left he used some cream I have. I got it at one of those sex toy parties I went to long ago. It’s called Exscream!! And it if HOT! He rubbed that on my tinder bits and wow! It does keep your mind focused on certain areas of your body!!

This was some afternoon I have to tell you! There was oral entertainment for all and finally the HMW made its way into the play. It is so wonderful to have hours to ourselves, no worry about kids popping in on us, just hours to enjoy ourselves. I recommend it!

So was this ‘punishment’ for my bratty behavior? Not exactly! But husbands can handle things the way they want to. When a kid acts up for attention you have two choices. You can punish them if it is totally uncalled for or if you agree that they haven’t really had all they need you can just give them positive attention. All I know is that Nick has a very happy wife.

If I could ask for one more thing in our spanking life it would be more short intense spanking. Mollie leaves before I do it the morning – just by a few minutes. If he wasn’t happy with the 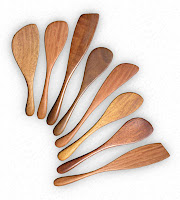 laundry situation or clothes on the floor or anything else that was bothering him – a dozen or so well placed swats (wooden spoon, belt, whatever) to send me of with a tingling butt and the desire to do what he wants me to when I get home. Now that would be icing on the cake!!!
Posted by PK at 7:08 AM