Many emotions in one week

Wow! I’m not sure this will make any sense. I am writing without really knowing where I’m going. All is well, but for an old writer who is on the edge of being a recluse/hermit this has been a stressful time.

Mollie came when her school got out, adding her cat and 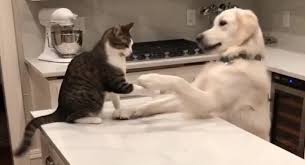 puppy into the mix of our two cats. The cat is no problem at all, the puppy is a puppy. That requires more attention than the cats but she is sweet and loveable and I like it when she visits.

Christmas Day was fairly quiet, as we waited for the boys to come in a few days later. But my sister and BIL came for dinner and I did way more cooking than I usually attempted. I made my first turkey. I made it in the crock pot, so I guess some would say that’s cheating. But it was tender and juicy and I thought it was great. I also made my mother’s apple pie. I loved my mom’s apple pie but after she died I was hesitant to try it myself. I waited fifteen years – but it came out perfect and my sister and Nick both told me I nailed it! I have to agree with them, it was great. 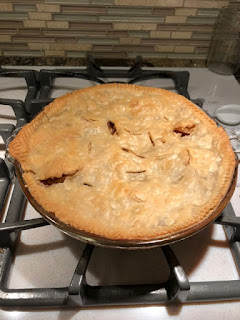 LJ and Collin arrived and we had our Christmas last Sunday. With just the five of us I love the way we open our gifts. We go around the circle and open one gift at the time. I know people spent lots of time thinking of a good gift and they spend money and time wrapping – I want to see each one opened. At Nick’s there are over twenty of us and we can’t do this, but I never see what anyone gets and never know what they think of what I got them. I cooked – again! Which means I’m done with cooking until next Christmas.

It’s fun having everyone here, but with all nine of us – five people and four animals – in our small house it seemed very full. Then in the midst of all the visiting I realized our old cat had taken a sharp decline, very sharp. He’s sixteen and hadn’t been in the best of health. He was originally LJ’s cat and I was happy that they had gotten to see each other one more time. I put him to sleep early on the morning of the 31stand his passing has left a big hole in our family. Mollie use to bundle him up, put a baby cap on him and tuck him into her stroller for a trip to the neighbor’s. He accepted her playing as well as all the animals we’ve had come and go over the years with friendly disinterest. But I will miss his companionship the most in my writing room each morning. Nick and I are now down to one pet. There have only been a few times in our thirty-five years together when that was true.

You can see I’ve had a happy, chaotic week with the sadness of losing a friend thrown in there. Mostly I’ve been very happy to have all my kids here. That’s always the best. Not having the time to do any writing does throw me off, however. And to top it all off we had no internet for two days – horror! But I survived and I found a few minutes to unwind and write this post. Thanks, I feel more relaxed already.

And I won’t be forgetting to write Nick this week!
Posted by PK at 7:00 PM