You'd think I'd know what I was doing by now.

I see that Rogue has posted - it didn't come up as a new post in my blogroll, so if you want to check this out you can find her post here.

I’ve mulled over my last spanking, well now I’m talking about my next-to-the-last spanking. I’m still not completely clear in my head, but I’ll tell you about it anyway. Nick doesn’t read here any more and after years of that bugging the fool out of me, I’m okay with it now. I guess the problem is that he does read on rare occasions. 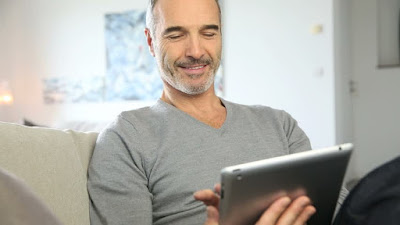 Evidently he read the post I put up ‘If Screaming Would Help’. Where I admitted that I needed some stress relief, but that I wouldn’t ask for it. As he told me as he cornered me in the bedroom before my trip last weekend, “A little bird told me you needed some stress relief. If I remember correctly those last a little longer and are a little harder than the fun stuff.” The spanking then was longer and harder than usual. Lindy came the closest when she surmised that the spanking was for distancing. I guess it really was, because he asked why I hadn’t just told him what I needed. He then asked if I didn’t have a friend out here that could let him know when I was having problems and couldn’t bring myself to tell him. He said I should choose someone I trust and give them his email. I thought that was sweet, it’s not going to happen, but it was a sweet idea.

I think the core of my distancing is not really trying to distance from Nick personally, it’s more like just closing up into myself. It’s sometimes triggered – usually unexpectedly – by my deep seated want, desire, need for discipline. This need used to crop up frequently. Now not so much, maybe no more a couple of times a year. But as we’ve played for a decade with TTWD I realize that this isn’t some I want from Nick.

Nick is the best man in the world. He’s very easy going, not much I do really bothers him (thank goodness). I’ve seen Nick angry, even angry at me and I can guarantee that on those rare occasions spanking has never entered his mind. I sometime wonder what it would be like if he spanked at those times. Not enough to want to find out in real life, but I do wonder. For Nick spanking is a fun, relaxing, often sexy way for us to be together and I’m happy to keep it that way. Nick can’t scold or lecture and it’s not in his nature and I don’t want him to change.

The problem is that when the spanking is just for fun and games – it just hurts. It doesn’t reach my mind, it just hurts, and that isn’t always fun. When the feelings become too overwhelming I have asked Nick to just spank, with no talking or anything so that I have the time to get my head in the right space and convince myself that there is a reason for the spanking. I’m always shocked at how much more I can take when this happens.

To sum up: I enjoy our fun, sexy spankings. I sometimes want/need deeper discipline. I don’t want Nick to do this because I want him to be true to himself not ever pretend to be someone he’s not. I know he’ll help me with one of those silent, hard spankings when I really need them, but I don’t like to ask because it makes me feel weird, strange and somehow damaged and I don’t want him seeing me that way.

You see why I don’t write about this as much anymore – I just end up more confused than when I started. But I guess the bottom line is – I love Nick, he loves me and that’s all that matters.
Posted by PK at 6:30 PM