Happy Friday! One more week gone and summer is dwindling to an end. That's all right, each season has good things in it, some better than others. I've had plenty of time to write this summer and I've enjoyed every minute of it. Now I just wish the rest of you would get busy writing! But for now, I'll continue to let Annie to entertain us.

Bill rubbed his aching temples and tried to focus on the project numbers. It was getting harder and harder to concentrate at home. Since their return from the honeymoon things had gone from bad to worse. Sylvia defied him at every turn, making the most trivial things into major battles. What route they took to work was not a dig your heels in, never waver kind of thing. He had tried everything he could think of, hell, Ray had kept her under control with no apparent effort at all. God knows she told him so often enough.

Just like a lightning bolt it hit him. He wasn’t Ray. He had been trying to give her what she had with her beloved husband. He couldn’t do that anymore then she could be Kay. As soon as he stopped trying it became clear, all he had to do was show her how to be HIS wife. He couldn’t recreate either of their previous marriages; it had to be a fit for them. 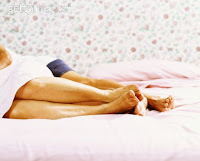 Bleary eyed, full of new ideas and anxious about the reactions, Bill slipped into bed. Any doubts he had vanished when Sylvia slid against him, wiggling her bottom until he gathered her into his arms. She might be confused during the day but asleep she knew exactly where she belonged.

Sylvia stared at her husband openmouthed, certain she had misunderstood. Certainly her workaholic was not saying he was taking the day off. And it was a Friday, meaning a three day weekend.

“Close your mouth and quit acting like I never take a day off. I want to spend a couple days with my bride.”

“I’ll take it! I don’t care what the real reason is. Are we going somewhere?”

“I thought a few days at the cabin would be nice. The season is over so we should have the whole cove to ourselves. Take your time packing, I’ll run to the market.”

Sylvia was beside herself with excitement. Bill was taking a long weekend and she didn’t even nag him over it, he just wanted to be with her. By the time he returned with groceries she had the bags sitting by the door ready to go, one filled with lingerie. She had plenty he had never seen, since the honeymoon she had been filling her days with shopping trips.

The cabin was exactly the same. No one had stayed there since the last time the four of them were together but Bill had a cleaning service keep it fresh. Sylvia ran through the rooms, laughing.

“I can almost see her, about to burst into the room, cussing me for some fool idea about to get us in trouble.”

“Oh, sugar, she knew plenty of ‘coarse’ let me tell you. She just made sure you weren’t around to hear them.”

Sylvia fell into a fit of giggles at the thought that Bill never knew his wife cussed. A hard swat sent her on her way to unpack, while Bill opened windows and put groceries away. For all of her silliness Sylvia had the right of it, he could feel Kay, and Ray, too. They should have come sooner, this place had always held the best of all of them. He took it as a sign he was on the right path.

After a simple dinner, prepared and cleaned up together, Bill laid in a 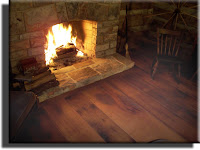 fire to take the chill out of the room and give him a romantic setting for the fireworks he was sure were coming. Snuggled on the couch with a nice wine, watching the fire dance, he hated to spoil the peace. It would be so easy to make love and pretend everything was fine, but that didn’t solve their problems. Taking a deep breath, he wrapped his arms around his wife, and waded in.

“Syl, we have known each other since we were kids. We were always friends. What I had with Kay was young, nest building love. We fought and loved and raised babies and made up the rules as we went along. You and Ray found each other in the middle. You skipped all of the hard times a young family goes through, but you had to adjust to each other after being on your own for so long. Now, it is just us. We have had a lifetime of friendship, there are no secrets, our lives are blessed with love together in a way we neither one expected.” Bill tightened his arms around the wild, unpredictable woman who was now his wife.

“I have let us both down, and I mean to make it right. I love you. You will never take Kay’s place, anymore than I could take Ray’s. But we have a chance to build a life together and I have been so busy worrying about what worked for them I haven’t tended to our needs.”

“Good, then you will understand that there are going to be some changes in this marriage. Kay needed guidance, and occasionally she was punished, rarely for the same thing twice. In fact, it was usually YOUR fault when it happened.” Bill paused to take a sip of wine, noting the loving expression was replaced with a squint eyed calculating stare.

“You, on the other hand, require constant confirmation that the boundaries are in place. I am as happy to play slap and tickle as the next guy, but I hate punishments. It wrings me out.” He paused to let that sink in.

“So, I have come to some conclusions. I am about to tell you how we will conduct the next six weeks of our marriage. This is not negotiable. You need this and, by God, I am going to give it to you. After six weeks, we will sit down and discuss our progress, in fact we’ll do it here. Another long weekend.” He pulled a card out of his pocket and handed it to her. 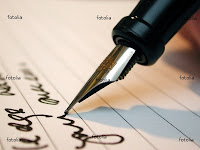 “Read this, sign the bottom, and we’ll get on with it.”

Sylvia, nervous after the build up, but pleased that she had his attention AND another three day weekend to look forward to, grabbed the card.

1. You will receive a maintenance spanking daily for six weeks. To prevent punishment on top of maintenance you will have the opportunity to declare any minor digressions at that time.

2. Punishment will be swift, but fair, for any major infractions.


Sylvia sputtered in indignation, incensed he would make this kind of sweeping decision without even consulting her, at the same time a little voice in her head was reminding her how often she had daydreamed about a man who would just take control.


Again my most sincere thanks to my anonymous friend and fantastic writer. She tells me that there is at least one more story in this series but her schedule is not giving her much time for writing lately. I've told her not to worry about us. Whenever she gets the muse and the time together we'll be able to enjoy it.

As always I would love more stories so please - bloggers, commenters, or lurkers anyone who is willing to share a story with us is welcomed. You can send stories to elisspeaks@yahoo.com
Posted by PK at 7:00 PM