This has been our weekend alone. Molly baby-sits over night once a month and this was that weekend. We try not to waste the time. But at the same time we weren’t in any rush. We puttered around Saturday morning. I really have 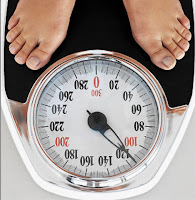 been slacking off on the whole ‘healthy living’ thing lately and as a result my weight has gone up. I have having a really hard time motivating myself to head to the gym. I think I could become a hermit as long as I had the internet; I really love to stay home so when I get up in the summer rushing out to the gym is not high on my list. Anyway for better or worse Nick is still keeping up with my weight.

I took a shower in the afternoon and Nick joined me in the bedroom as I was drying off. He said “We have talked about you gaining this week have we? You seem to be dressed for the conversation.”

I told him to let me get my shorts on first. I told him “You can spank harder if I have clothes on.”

He laughed and said “I can spank as hard as I want to anyway. I think you’re dressed just fine.”

I had to admit that he had a point. He gets to choose when, where, and how and that makes me happy. As I crawled onto the bed he asked me if I had done everything I could have to work on my weight last week. Don’t you hate those questions? I love being spanked lying on the bed but he had me get up on all fours. Much different feeling, stretches everything tight and you can really feel each swat to it’s full extent. He started with one of his favorites – the leather flyswatter hand, I like it pretty well myself. Then he switched to his belt, I do like that. He played with several things then he asked if I was warmed up enough for the real thing – another dangerous question. But he went for the cane. I’ll admit thats about the only implement that I will work to avoid. I think I got about 50 with it! Okay he says 5 but who’s the math teacher around here? I can’t thank Ronnie enough for that lovely gift! (Grrrrrrr…)

He was serious and I got a few marks to act as reminders. I think the marks bother him but they didn’t me. Hopefully they will serve as reminders. I asked him “So next week if I work like I’m supposed to I can just get the warm up and no cane?” He assured me that that would be the case.

Oh but then it was on to the really fun stuff. He gave me a shave and I do like that. Never thought of shaving the kitty until a few years ago but now I really like to be clean shaven. It makes for great sex! It was a wonderful, wonderful afternoon. Later in the day we went to the 60th wedding anniversary for some friends of ours. Hmmmm… I wonder if we could make it that far. We’d only be 86 and 92, why not! 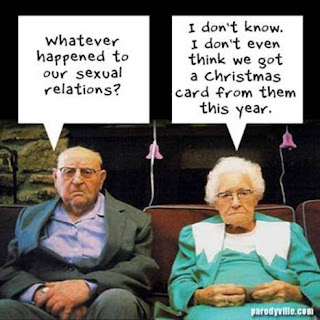