Friday again and we have another brand new story. This series began last week and you can go here to read the first part. It's supposed to be a beautiful weekend so I hope everyone is ready to start it off with a good story this week. I have more about the author at the end.

The New House
Part 2
Liam woke not knowing where he was for a second, and then last night came back to him. They had moved into their new house, and Jade had shown him the surprise room she had added to the plans under the house. He knew she was building one, since she asked if she could. She had asked to keep the details to herself, so it would be a surprise for him. He had let her have free rein, and was expecting a small room off their bedroom about the size of a closet. This basement room had surpassed any of his expectation. He was very pleased with what he ha 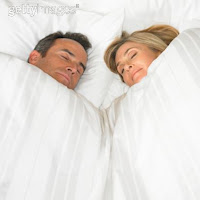 ~~o0o~~
Again a big thanks to our new author Catie. We know she is a good writer now here is a little more about her. She says 'I am a mom of almost grown children, a couple at home who are in HS, and one in college. My husband and I have been married for almost 24 years, and have been spanking on and off for the last 10. We do both fun and discipline spanking now, but it started out as just fun in the beginning. I wrote these stories for my husband. After reading them, he told me to go look for land to build on. LOL.' Sound like you fit right in out here. I sure do appreciate you sharing your stories with us too. And let us know if you start building that house in real life!

Catie has shared more of her story and that will be up next week but if anyone else has a story they are willing to share please send it to elisspeaks@yahoo.com
Posted by PK at 12:05 AM