I found myself feeling a little blue Sunday evening. Nick had sent me an email the week before telling me to keep a list of anything I ate at school other than lunch and to write it down for him. I did but I forgot to give it to him and he forgot to ask. I guess that has been the problem with our tiny attempts at discipline. Nothing he has asked me to do or not do has been anything he feels is really important. And that’s good in a way. I mean it’s wonderful for us as a couple but not for attempts at dd.

I love the fact that we don’t have any big issues to work on – money, the kids, temper, being reckless – none of those things are problems for us. So here I am a perfect angel and wanting discipline. Nick tries sometimes but since none of the issues are of ‘real’ importance to him he lets things slip and so I know he doesn’t really care and then I stop caring too. 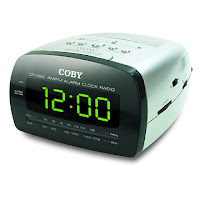 I was thinking about this Sunday night as I was getting ready to get into bed quietly. It was a few minutes after midnight. Nick told me he wanted me in bed by midnight each night and most nights I make it. When I don’t make it to bed by then I usually only miss by a few minutes. Most of the time he is asleep and doesn’t know I got to bed late. If he’s awake he doesn’t seem care about a minute or two. Stupid as it may be I feel neglected when that happens.

So I was a little down as I crawled into bed about 12:07 Sunday night (early Monday, I guess). Nick turned toward me in his sleep as he usually does – he curls around my back to get me all warm. When he suddenly popped my butt so hard I jumped!

Owwww! “What was that for?” I asked in surprise.

“You having a clock malfunction? You’re late!” he told me and then curled around me and fell back asleep.

Okay so it was only one swat. But I did go to sleep with a smile on my face, and my butt stinging slightly and the thought that he really does care. Maybe he doesn’t care exactly what time I get to bed or if I eat junk at school but he care enough to try a little discipline at times because he knows how much it means to me.

And because he does seem to care I have a feeling I will be getting to bed on time – for a while anyway!
Posted by PK at 12:05 AM