Happy Halloween! I hope you enjoy this Cassie story of their very first Halloween together! Hope everyone gets lots of candy tonight.

The river is so beautiful this time of year. What could be better than October?  It’s a beautiful month that builds up to Halloween. It’s been such fun since we moved to the river. The adults dress up to give out the candy. It’s like one long neighborhood party that ends with a bonfire on the riverbank.
As Tom and I discussed our costumes for this year, I casually remarked, “It’s a shame I can’t quite get into the costume I wore the first Halloween we were together.” I laughed as I saw the peeved look come over Tom’s face. Gracious, that was more than forty years ago. The man needs to learn to let things go.
I know people nowadays see us as a sweet old couple. And I suppose we are, but when we first met, I would have been called a wild-child. I lived a lifestyle that would have no doubt killed me young. Tom was my hero. He rode in and rescued me from my wild and dangerous ways and made me feel safe enough for the lady in me to come out. That doesn’t mean it was smooth sailing from the beginning.
That first Halloween we had been married just over a month. We were in the process of moving to a new house and had joined a club in town. That year the club was hosting a big Halloween Ball. Sue, my best friend, and I had been looking forward to going. Tom planned on going as ‘The Phantom.’ His only concession for his 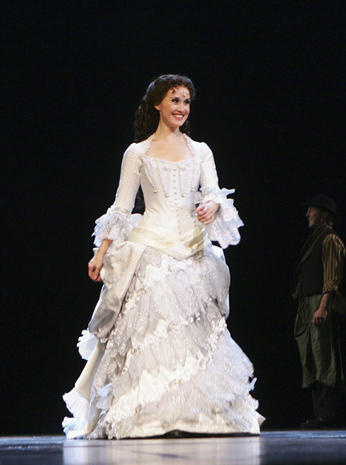 costume was to wear an old style tux with his half mask. My dress was a gorgeous period piece, Victorian and elegant. I felt like a queen. Sue and Steve were going as Martha and George and while the Washingtons looked quite elegant, I secretly like our outfits much better.

Then out of the blue, Tom breezes in on October twenty-ninth with devastating news. “Girl, I’m sorry as can be, but Steve and I have to go to Washington for a few days.”
“What? When?” I stammered.
“We have to catch a plane in about two hours.”
Oh, I was hot and I let him have it. I knew he had to travel for work sometimes, but this was the first time since our marriage and I felt angry and abandoned.
“Tom, what about the ball? Will you be back in time? Surely, you’re not going to miss that.”
“It can’t be helped, honey. We’ll be there until November second. But I promise I’ll make it up to you when I get back. We’ll go somewhere just the two of us for a long weekend. You and Sue can go to the ball together. You’ll still be the two prettiest girls there.”
“Sure,” I snapped pulling away from him. “Maybe I should go as George. I don’t know why your damn job should be more important than plans we’ve already made.”
“Enough,” Tom told me seriously. “Another word and you’ll have trouble sitting while I’m gone. I am sorry about the ball, but there’s nothing I can do.” Relenting a little as he saw my woebegone face, he added, “I love you, girl. I don’t want to fight with you. Please try to understand.”
I tried, but I wasn’t doing a very good job.
“I have to go,” he told me. “Don’t fall into a temper and get yourself in trouble. Just behave and I’ll be back before you know it.” And with another kiss and a hug he was gone.
As he’d been packing I’d only been angry about the ball. As the silence of the house closed around me, so did the intense loneliness and that began to fuel my anger. I didn’t know how to process sadness or loneliness back then, but anger was an old friend.
The phone jangled and I rushed to answer it. “Were you fed the same sorry bullshit I just got?” Sue demanded.
“I sure as hell was.” I answered. “I’m so pissed about the ball.”
“You’re pissed – try going as half a Washington!” she yelled.
“Wait a minute,” I told her, as a sudden thought came into my head. “You don’t have to be Martha if you don’t want to be. We can dress anyway we want to now.”
Sue was quiet for a moment as what I was saying sank in. Then I could hear the grin in her voice. “I like the way you think,” she told me.
“I’ll pick you up in fifteen minutes.” I laughed. “We have some shopping to do.”

As the night of the ball rolled around I was absolutely gleeful. I wasn’t far past my ‘I’ll do anything I damn well please’ phase of my life and I was feeling that way again. Sue had come over to dress at my house and we were almost ready.
My outfit was perfect. I had purchased a beautiful red wig that fell in a mass of curls down my back. The white halter top tied right under my breasts. The tightness of the little shirt gave me the cleavage I was well known for back in the day. The thin material allowed the dusty rose of my nipples to show clearly. I didn’t mind a bit. 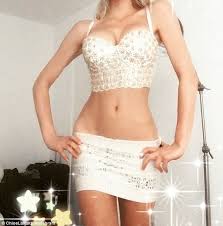