If you could pick, which of your fictional husbands to have for a day--Tom, Steve, Andy or Cal, which would you choose and why?
--Baker

Baker questions was definitely one of my favorites. Of course for real life I’m keeping Nick. Whether I’m complaining a little about him or singing his praised, he’s the only man for me.

But for a day or two in a fantasy world which of these fictional husbands would I choose. Hmm… very different men. There are thing that attract me to each. They are all good men, but who would I choose? No question about it.

I suppose because I know, I know how much he loves his wife. He adores her, he wants to be with her. He wants to know what she’s doing, what she’s thinking, he wants to talk with her. When they go out he watches over her, they hold hands and he’s always aware of her. 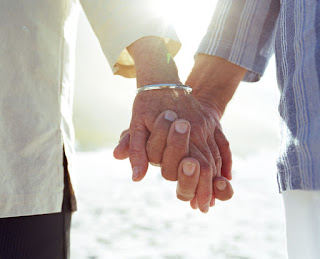 If he tells her to do or not do something, it’s because he honestly feels that best for her and he’s going to back up what he’s said. She never has to wonder if she’s in trouble – if she goes against Tom, she is.

I know I could not be married to a man like Tom in real life. I'd probably feel smothered. And probably several of my friends would disagree with my choice completely. But for a fantasy for a day or so, he’s my choice.

For those of you who have read about all these men, which would be your choice? I know we’d each choose our own husband, but if you had to pick one for just a few fantasy days…
Posted by PK at 7:30 PM