About that talk with Nick...

I couldn’t make up my mind what I wanted to say. I mean, it’s been a decade we’ve been working at this, yet so many times it’s just gone. It’s so easy to get busy and let it go out of our lives. Nick is usually will to dole out a spanking because he knows I like it, but he’s never understood discipline as it is in my mind. That’s no fault of his, I don’t understand it either. 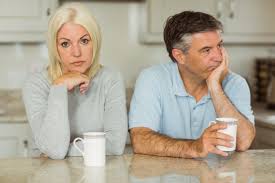 I hesitated to go to him for the hundredth time asking and trying to explain again. How to you convey the truth that for a born spanko TTWD is a need and not just a desire? It’s not like food and water where you’ll actually die without it. It’s more like sunshine – you can do without for a long time, but when it’s not in your life you’re not as healthy, you begin to feel dull and listless, your body yearns for it. It that way TTWD is truly a need for me. 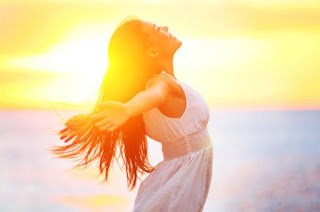 The idea of talking with him stayed in my mind, but it’s an easy thing to put off, after all I’d put it off for the first twenty-three years we were married. I didn’t write out what I wanted to say as I usually do, I didn’t ask him to let me know when he had time for a discussion. I just decided, day after day, to talk to him ‘in a few days.’

So I guess you can imagine my surprise when he took my hand Friday morning and said, “I think we need to talk.” as he led me to the bedroom. “Go ahead and take off your clothes, you seem to listen better that way.” And while I was still stunned, he bent me over the bed and began spanking as he talked.

He said he knew it had been a long time since I’d had a real spanking. He’s well aware of how life gets in the way. But he’d picked the one thing in which I need his help more than any other. I don’t want Nick bossing me around, telling me what I can do, or when to do it or how much to spend or anything of that nature. I’m too old to listen about things that don’t really matter to us. But health issues – yes, I need his help, his dominance desperately!

While he spanked – hand spanking, stinging but not harsh – he pointed out that I’d stalled completely on the weight loss the doctor insisted was so important for my overall health and especially my diabetes.  He was right, after being frightened initially a year ago when I was diagnosed I lost fourteen pounds. Then I stopped trying. I haven’t gain those pounds back, but I haven’t lost any more. 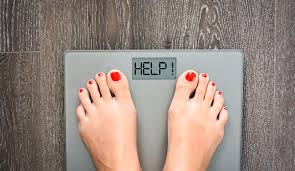 Nick then set a goal – a very reasonable and doable goal. There is a firm dead line each month – with possible reminders along the way. But he told me if I just blow it off and he’s not seeing the effort there will be a paddling that’s not the fun, giggling kind we often dream of. He says it will be serious, because the health issue is serious. 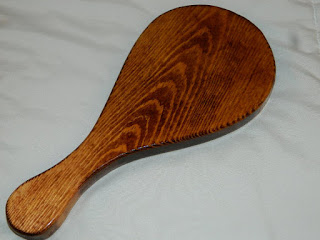 *A note for newcomers, Nick is the most reasonable of men. He know that weigh loss often reaches a plateau and stops for a while. But he and I both know that’s not why I stopped losing, I stopped losing because I stopped trying. This also has nothing to do with how I look, this is for my health and nothing else.

Bless him, I hope he’s serious. I need the help I need the atmosphere of TTWD to keep me thinking and trying and being optimistic. I look forward to the short, sweet, stinging spankings that will remind me to pay attention. It feel like the sun is trying to peek out again.

The last things he told me to do that morning before he let me up was to plan on emailing him by Tuesday with ideas I felt would work for me on the weight loss front, things I was planning to do and not do that would jump start me in the right direction. I love it when he insist I email him. I mean, of course I can email him any time – but the idea of being told to email, told to tell him how I’m doing or what I’m thinking, that’s one of the most loving things he can do for me.

So you see I never got around to having that talk with Nick, he had one with me and that's so much better.
Posted by PK at 5:30 PM