I’ve had an amazing weekend. Friday evening, after going out to dinner, Nick decided it was time for me to practice my vocalization. As I’ve asked him he starts out with me dressed, but he used the horrible OCW – the Orange County Whapper that we picked up on our trip to California when we went to visit some blogger friends.  It’s the hard leather paddle pictures in my masthead. That thing hurts like hell despite the fact that it’s leather – I think it’s a beautiful paddle, but it is scary.

He had me pretty well lit up even though I still had my pants on. Then he took the pants down and did a little nice rubbing and with a few pats told me I needed to do some thinking and planning. This was also something I’d ask him to do. I like a little time, a reprieve in the spanking to let me think and focus. Now I know he wanted me to do some focusing on exercise and healthy eating. As he stepped out of the room for the moment I was more focused on the OCW. I didn’t want him to use in on the bare, so I slipped it under some pillow on the bed. 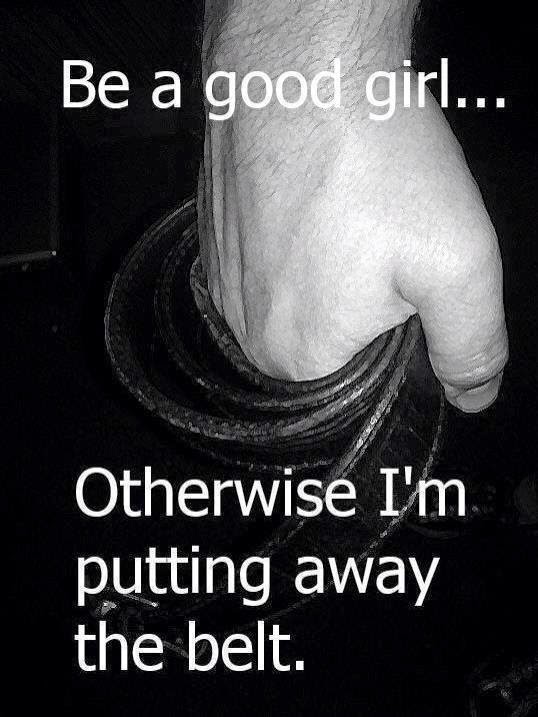 When he came back he used his belt. I love his belt. I think it’s because over the years it is the only thing that has ever left bruise – it’s rare, but it’s only with the belt.  He finished up and there was some hugging and sweet talk and then he started to put things away. But he couldn’t find the OCW. I had to confess. Damn, and I was so close to a clean get away! Evidently hiding the paddle when I was supposed to be thinking about other things was a no-no and I got several hard pops with it before he put it away.

Anyway, it was a very nice Friday. Late that evening I asked him if he’d take me to see 50 Shades. Having heard a few reviews I decided to see for myself. I’ll give you my review tomorrow.
Posted by PK at 9:00 AM