Long week, or at least it seemed like it. I've worried about all my friend in the snowy, snowy north. I can only hope you all get a break soon. I'm hoping this story will at least help you feel warmer in one way. I'm not going to share who wrote it until you get to the end, but I'll tell you I love today’s story! When this one came in it came with some of its own pictures - so be sure to read about who wrote it when you finish. Which begs the question, did this one really happen or not. The last two pictures in the post were taken by the author. Read, enjoy...


It had been a hectic and stressful week and Eric was more than ready to get out of the city. That was why he and Jennifer were heading up along the coast road with a camera and picnic basket and hopes for a nice relaxing day.

They hadn’t traveled far when the fog started to roll in off the ocean, but at this time of year it could also disappear at a moment’s notice. Eric seemed unconcerned about the change of conditions but Jen started complaining, "too cool for a picnic" and "too foggy to get any good pictures along the beach".

Eric tried to ignore the complaining and continued driving while considering the possibilities of salvaging the day. He turned away from the coast in an attempt to get above the fog. After fifteen minutes driving up the twisting road the fog became even denser and the driving became more difficult. Jen’s complaining also became more annoying, “great idea ta 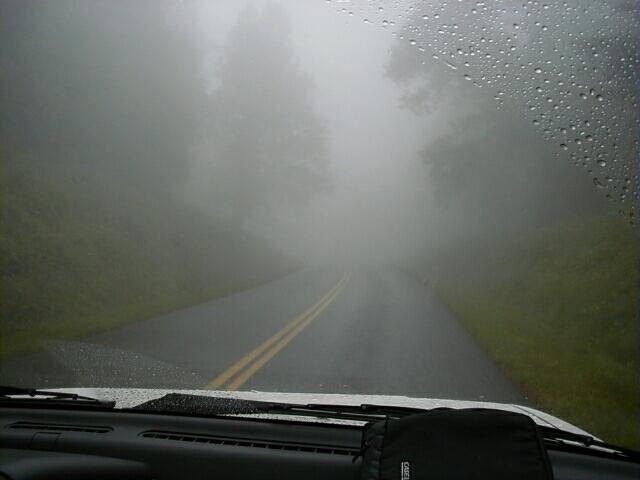 king this curvy road-waste of time- I’d rather be shopping.”

Between trying to concentrate on the vanishing road and listening to the complaints, Eric’s relaxing drive had turned sour. After enduring another barrage of complaints and suggestions to turn around, Eric wordlessly pulled off the road at a safe spot and switched off the engine. Walking around and opening her door, Eric took Jen’s hand and said quietly, “we need to take a walk”. The look on Jen’s face said she knew she had gone too far. Although they had only been together about six months she knew Eric would not tolerate griping. She also knew what the consequences were likely to be.

Holding her hand, Eric led Jen along a faint trail into the woods. It was very quiet and the fog was giving everything an eerie feeling. Stopping by a large fallen hemlock, Eric explained that what had started as a pleasant drive was being spoiled, not by the weather, but by her attitude and complaining.

Eric told Jen to drop her jeans and bend over the log. Jen looked startled and embarrassed. Although they were well away from the road, the thought of receiving the upcoming spanking outdoors with no real guarantee of privacy sent an extra chill down her spine. The fog did provide some additional seclusion as someone would have to be really close to see anything. Knowing that Eric was dead serious and recognizing the truth in the charges, Jen accepted the inevitable and turned toward the fallen tree and lowered her jeans.

Eric removed the belt from his slacks and started a slow rhythmic assault on her panty-clad bottom. After about twenty good licks, Eric lowered Jen’s panties from her reddened butt. Jen shivered at the increase in vulnerability, both real and perceived. A slight rustling of leaves caught their ears and they both turned in the direction of the sound. A deer was trotting toward them, but upon spotting them made a sharp turn and bounded away into the misty woods. Eric returned his attention to Jen’s now fully exposed ass and gave her twenty more with the belt, the last ten delivered with considerable force, causing Jen to squirm, yelp and promise to improve her attitude. Eric turned Jen around and took her into his arms. She hugged him tightly and apologized for the way she had been acting. Eric told her things would be fine. As Jen was pulling up her jeans she noticed the fog was getting thinner, maybe this was a sign that the day was not lost. A movement about 100 feet away caught their eyes. This time it was not wildlife but a young couple seemingly frozen in their tracks, apparently having witnessed a good portion of what had just happened. Eric merely nodded at them and taking Jen’s hand turned and retraced their path back to the road.

The drive was completed without additional complaints. They found a trail with signs leading to a waterfall. After finishing their picnic, they hiked to the waterfall where the fog added it’s own magic to their surroundings.
f 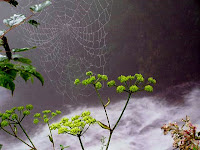 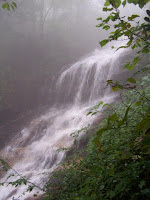