I want to let you know the author of this weeks Fantasy Friday. You can click here if you haven’t read it yet. The voting was very close Grace got 13%, Eva 25% and Ressa and I each got 31%. Adam thought it was Eve – he was close, it was her twin. Yep, I wrote Playing Games. Do you see what you folks are doing to me?? I am reduced to posting my own old stories. I am not great at fiction but I love to write when I get the chance. There is one more story in the cupboard for next week then it will be empty again. Keep writing folks and send your stories to elisspeaks@yahoo.com

Now on to the real reason I am writing today. I need advice.

I hate feeling bad. I am not talking about being sick I am talking about feeling bad. I am sure no one likes it but I just don’t know how to handle it. Most of the time I just avoid it, I don’t let it in. I don’t let things bother me. By nature I am happy and up beat. I don’t get depressed easily, I am too laid back. I hate feeling bad so much I have been guilty of avoiding any feelings at all good or bad just so I can avoid the bad ones. Guilt is the worse feeling and somehow I turn all bad feelings into guilt one way or another. So forgiveness is something that intrigues me.

Forgiveness – a powerful and often illusive thing. I have to tell you that I love stories where a woman has done something wrong. She feels guilty and confesses. Her man disciplines her with a spanking and she is totally forgiven. I love these stories but for me it is a total fantasy. I find forgiveness a hard concept to understand.

Now don’t get me wrong. I am a very forgiving person. Holding grudges is entirely too time consuming. I don’t have the energy. If I feel anyone has wronged me I can easily let it go and forgive them. (One noted acceptation is a woman who made fun of LJ when he was a toddler, I would still like to punch her!) But mostly I understand that people make mistakes and I just let things go.

There is only one person I have a hard time forgiving – me. I am no good at guilt. Since I don’t know how to get rid of it I usually just never accept it – I avoid it like a plague! But sometimes it creeps in. I have deep guilt over something that happened when LJ was only 4. I didn’t hurt him or anything, didn’t even yell at him. I just failed to do something I should have done. The guilt is deep and as I write this I am in tears. That always happens when I let myself think about it. Now you have to understand, it was really nothing. If I told you what it was nearly every parent out here could tell me a similar story.

LJ and I have discussed this several times. He swears he has no memory of it and gently laughs at me when I cry about it. He has also assured me that whether he remembers or not he forgives me. It has been 16 years almost to the day – why does it still bring me so much pain?

But guilt is something I don’t think a spanking would change for me. Suppose Nick decided to spank me for this now. All I think that would do would be to confirm that he thought I was a rotten person too. It wouldn’t change what happened. I would still be guilty.

But something has bugged me recently. Just go with me on this analogy please. Let’s say I stole a cookie. Not the biggest deal in the world, right. I not only stole the cookie but speculated with Nick about what had happened to the cookie and never let on it was me. But finally the guilt got to me and began really bugging me. I felt so bad about what I had done I began to avoid Nick and just closed up in myself wallowing in guilt. He would ask what was wrong and I just couldn’t bring myself to tell him. Not because it was such a big deal but because I was ashamed I had kept it from him in the first place. 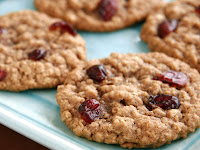 So finally I told him. He was surprised but he wasn’t shocked or horrified. We emailed a bit and he indicated that I had a spanking coming. I was the one surprised at this; I always am when he says he is going to spank me for something real. When he spanked me Friday morning he made it clear it was not for stealing the cookie – it was for keeping it from him, shutting him out, letting it affect us and tearing myself up over something that he did not think was that bad. He spanked hard but not long. I did feel better afterwards. Better… but that old spanking magic just wasn’t completely working. I still feel guilty. Spanking or not – I still took the cookie, it’s gone and I can’t get it back – I am still guilty and I still feel like crap. I don’t want to feel this way. It’s punishing Nick when I feel this down and that’s not fair – he didn’t do anything. Sometimes I can forget about it and I am laughing and happy about something and then I hear in my head “You’re nothing but a cookie thief and a liar. What right do you have to be happy”. And I feel a weight descending on me again.

Somebody tell me what to do. Nobody is mad at me for taking the friggin cookie; Nick has completely forgiven me for taking it and for lying to him. I know that right now the only person upset with me is me. And I know I have to forgive myself I just don’t know how. And I don’t want this dragging me down and eating away at me like the incident with LJ for the next 18 to 20 years.

I won’t be whining about this out here anymore, I promise I am good at stuffing stuff down. I don’t mean to be melodramatic. Maybe just writing and posting all this will help but I will also take any suggestions you may have to help me forgive myself and release guilt.
Posted by PK at 9:43 PM