We did it! We took 153 boys, girl and parents to Kennedy Space Center, Medieval Times, EPCOT and Universal Studios (both the movie side and Adventure Island, with all the massive rollercoaster). Compared to last year I think this year went great!

My luckiest break I will attribute to the good vibes sent by my blogger buddies! I was set to have two girls in my room. I wasn’t wild about the idea but that is just the way the rooms worked out. I helped everyone get settled in their rooms and then took a minute to get on line in the lobby. I sent a few emails and headed back to my room when the tour guide stopped me and told me that since we had one parent and child drop out at the last moment and that we couldn’t get our money back, I was welcomed to the last room. 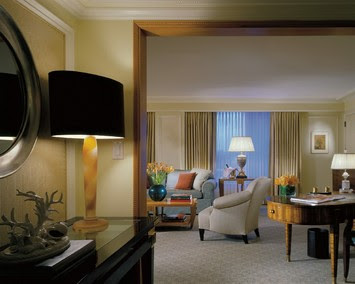 Since it was close to the girls and I trusted them to behave with me just looking in on them I moved. I nearly dropped my teeth when I saw it! A huge suite with a living room complete with couch and chair, entertainment center, a wet bar (which I didn’t use) and a king size bed! Best of all I could get on line in that room! I mean truly, what could have been better? Well, of course having Nick there would have been better, but short of that it was great!

We did have to deal with a big storm while we were at EPCOT but it came late and it didn’t cause us too many problems. And it was cold Sunday!! And as we left to come home each time the bus stopped as we headed north the cold got worse! This is supposed to be the south! When we finally got back to the school it was 9 degrees!! Very, very cold for us! I was so happy to see Nick!!

Nick doesn’t usually want souvenirs from trips like this but I got him one anyway – or maybe it’s for me! I actually bought one last year but lost it before we got home somehow. Here it is - 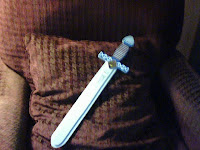 This might have been a mistake. It is made of a hard foam/rubber type material. The little practice slap I gave myself makes me wonder at my wisdom. Buy it was funny when I bought it. I was with the teacher who is the most suspicious of the new relationship Nick and I have developed since I came out to him. She knew me pre-spanking and often comments on my change in attitude it the things I say now. She wanted to know “Who you getting a toy sword for?” With no kids or grandkids the right age she was wondering. I just shrugged and she asked again “Come on, who’s it for?” I couldn’t help but have a silly grin on my face as I imagined it being used. I just laughed and kept on grinning. She grinned back and said “Forget it I probably don’t want to know, do I?” No she probably doesn’t!

I really want to thank everyone for thinking of me on this trip. You don’t know how nice it was to come in half dead and find so many emails waiting for me. It definitely made me feel better! And a special thank you to my twin for the phone texts that kept me laughing and connected during the day! You guys are the greatest!
Posted by PK at 11:52 PM