I really love our Fantasy Friday this week. I think most of us who live this lifestyle could find ourselves in this situation! So we spankees can read knowing that this could be our butts if we have a loving caring spanker!

Jamie came in the door, slammed down her brief case, and threw her keys on the counter.

"Bad day, Honey?" Brad asked as he kissed her.

"It was awful. Everything that could go wrong did. I was the lucky person who got to tell the clients also. I wish we didn't have company coming tonight." She responded.

"Yes, but we've both been looking forward to the BCS Championship game for a while now. All our friends are coming soon. I wish we had time for some stress relief but we have to get ready now. I'll help get all the snacks ready, you go change."

"Ok. I wish we had time too. I hate being in such a foul mood! Oh well, maybe the game will help. Tha

Jamie headed upstairs, with a head full of work thoughts, if only they weren't coming she knew Brad could help her feel better. "Stupid Game" she thought.

Soon their friends began to arrive, and they greeted them and started the pre-game celebrations. During the pre-game, despite trying to be cheerful, several of her friends began asking what had her in a bad mood. She just said she didn't want to talk about it.

Brad pulled her aside "Honey, our guests are thinking we're fighting or something. Try to just say something like work was bad, and trust me; I've got things taken care of ok? I'll take care of you, I have a plan."

"You do?" she couldn't believe her ears. How could she possibly get a stress buster spanking with all the guests here? She trusted him though, and tried to relax and be more pleasant while her mind reeled trying to figure out what he had in mind.

Soon the game began. Once all were getting involved, Brad went out to the kitchen to get some more chips. "Honey? I can't seem to find the big yellow bowl anywhere" he called.

"It’s in the cabinet. I saw it there yesterday. RIGHT WHERE IT NORMALLY IS" she yelled back suddenly more irritated than ever.

"Oh whatever" She sighed under her breath and stomped to the kitchen to help.

She searched the cabinet and said "I know it was there I saw it today!" Getting more irate. But it wasn't there. "I don't have a clue, use another one."

"Oh wait," Brad said, "I think I used it out in the garage when I was working tonight"

"Come help me find it" Brad said as he grabbed her arm. Suddenly she knew, he planned this all along. 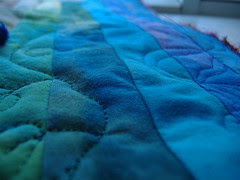 She followed, intrigued. As they entered the garage, she saw his quilted tarp stretched out over the hood of the car, and his bag from the health club next to it. She smiled, and butterflies started jumping in her stomach.

"Now, young lady, lean over that hood. Here is a pillow so you don't make any noise… or at least it is muffled. Leave your pants on for the moment" He grinned.

She looked at him questioningly but said "Yes, sir".

He brought out of his gym bag and grabbed their fur lined paddle out. "Interesting things you've brought to the gym!" she commented.

Laughing, he swatted her with the paddle for the first time. She sucked in; the sweats she chose didn't offer much protection.

"Into the pillow please, we're just starting!" With that he began in earnest. Soon she was feeling the thud very deeply all over her sweet spots. She was wiggling and trying hard not to make noise. Just as she thought she couldn't stand it, he stopped, and began to rub.

"Starting to feel a little better?"

"MMM, yes, much better." She began to stand up.

"Oh but we're not done here yet. Please drop those pants and panties please."

"What? Out here? It will make too much noise!"

"I told you to trust me" He replied as he pulled out the loopy, and swished it in the air. "Silent but deadly" he whispered.

"But I’m not with that!" She replied with wide eyes.

"Well, you didn't think that pillow was for the little paddling you just got did you? Now, if you please…"

Resigned, she bared herself, and leaned back over the hood making sure the pillow was where she could easily use it to yell and cry into. Wasting no time, Brad laid into her.

Soon she was turning from a light red to dark red stripes. She tried to keep still but found it hard. "Ahhh" she cried into the pillow, and tried to not kick her legs or move around too much. Soon, tears were flowing freely and she submitted to the pain.

"I'd say just a few more and we'll have that stress gone for the night!" Brad smiled.

Dropping the loopy into the gym bag and zipping it up, he leaned up against her and rubbed quieting the pain. Soon, heat was building in her and she was moaning for more. Brad began using his fingers and quickly she found she was crying out from pleasure.

He let her calm down, and helped pull up her pants. "Feel better?" he asked.

"Ah, then you can sit with me or on me during the game! Let's go before they wonder where we are!" 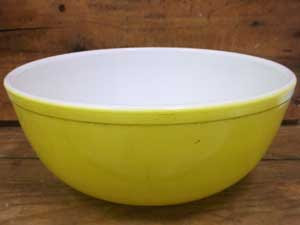 "Don't forget the yellow bowl Brad," she grinned "and by the way, you are in SO much trouble when the guests leave!"

Smiling, Brad threw the gym bag into the car, grabbed the yellow bowl and headed in. Yep this was going to be a great night.


Ahhhhhhhhhh…. That was good! And now you have put you minds to work. Who wrote it? It could be Lilly, I imagine she could find herself in a foul mood occasionally and she does have a loving husband who would set her straight. It also sounds a little like Mthc. We know that her David can swing a mean paddle when Mthc needs it. A third choice might be Scout. She is in the diet group with us and Jim would not hesitate to assist her in correcting a foul mood. And the final choice is Carye we do know that she and Papa Shrek have a garage so it could be her. Well there you go your four choices! Come on, no one knows but go ahead and vote. If for no other reason it makes me feel good to see lots of votes! Come back Monday for the reveal!