Does everyone else have all these people living inside of them, or is it just me? I swear I don’t have multiple personality disorder. I’m well aware of each person. I know a shrink would tell me they are 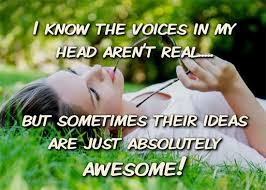 just different aspects of my own personality. And I mostly buy that. I went to a counselor once who told me that very thing. I wanted to argue that Cassie and friends were just as real to me as she was, but I thought it best to let it go.

With the old boss I had that I truly disliked, I let Cassie come out and have the final discussion with him. Man, she was perfect and he and I never tangled again. But I wouldn’t have had the guts to say all she did and she said it like a lady too. Having Cassie as a lifelong companion is a good thing for me.

But when Badass shows up – I swear I don’t always know what she’s going to say. Yes, I know I’m doing the typing but she can just cut lose and I find myself hanging on for dear life as she hits send while I’m still trying to digest what she’s saying.

This was Nick’s email the day after I got back from my trip. That’s when he mentioned I was more likely to complain than to write up significant spanking events. He said something about Wimpy’s blog and Badass had to set him straight. Here is what he sent. 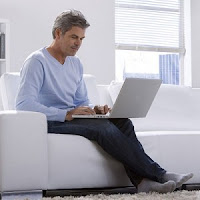 Thanks for your previous input and information.

Do you think my actions at that time were appropriate, beneficial, or excessive? I haven't noticed any discussion on Wimpie's blog so it's difficult to gauge her view on the matter. On that note, don't you agree that she has been quicker to complain about the scarcity of spankings than she has been to post on actual noteworthy activities?

Do you have any inside info on her recent trip? Was her behavior up to expectations?

I may need to have a talk about laundry (again).  I told her there was clean laundry in the back bedroom to be put away (that I washed while she was off partying) and a day later it is still there. I think she also promised that the basket sitting in the living room would be taken care of before this morning.

Any thoughts on these issues would be appreciated.

First you need to know you are dealing with three distinctive women – not two. There’s your wife, PK. Good woman, a little dull, but she has her moments. She’s the one who writes the blog and first mentioned TTWD to you all those years ago. She’s more likely to complain on her site and then get lazy about writing up the results.

Wimpy is as her name implies. She only likes spanking in theory or in fantasies. She’s likely to whine at anything other than a pat on the butt. There are times when PK or I will start something and leave her to take the consequences just for the fun of it. She’s there when you hear a lot of vocal, lots of movement, she says that’s enough before you’ve got the paddle pulled back for the first stroke. You can mostly ignore her, we do.

Then there’s me, Badass. PK won’t fight when she’s pissed. Taps all 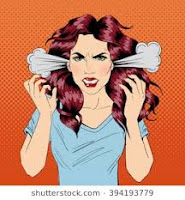 her feelings down and holds it in. And the dumbass won’t let me out to do it for her. Anyway… she and I thought you did a fine job at the last session. She had time to think – lord know she needs that. Sorry, but you’ll never be a good lecturer. You can’t sound serious/stern enough for her to buy it and that’s okay. She’s pretty good at it given the time to get her head there. But, yes, you did a good job. You can go hard in the warm up while she’s still dressed. She can take it. Feel free to put her bent over the bed, over pillows, on all fours, whatever pleases you, although her favorite is laying on the bed. And feel free to take longer breaks if you like, relax or do other things around the house. She’s thinking during those breaks. Oh, and the plug was a nice touch, that does seem to get her attention. She doesn’t need a session like that all the time but it kinda clears the air for her every month or so because this shit is good for her, even when she doesn’t do something specific. She likes knowing you still think of this stuff and care enough to do it even if you don’t always understand.

When I'm in control, I’m a combination of Cassie, mostly Sue and all PK’s repressed emotions. PK should incorporate me a little more, but she doesn’t.

As for the laundry. She’s about a 10% forgetful and 80% lazy and 10% stubborn. She told me she’d get the laundry when she was damn good ready and you could just kiss her ass until then or do it yourself (I never said that! I just…) Shut up, PK. This is my letter, write him yourself if you have anything to say.

She wasn’t bad on the trip. She was her usual calm, unemotional self. Only good things were said about you. She really does love you. And as usual she was well behaved (boring as shit), but what can you do?

Ask me anything. I have no problems spilling her secrets.

Thanks for the response. It is good hearing from you (all of you!).  It is very helpful having this insight into everything PK.  I do at times wonder where lazy leaves off and stubborn or testing enters the picture.  In either case I guess that I need to talk to PK about her need for improvement.

I will be counting on you to not only answer my questions but also to volunteer input as you see necessary.

So this is what's going on around here these days. Could be an interesting summer.
Posted by PK at 6:00 PM