Fantasy Friday - To Her Credit

I made it to another Friday. It was touch and go this week - I've had a cold to end all colds. But I'm getting better, just that darn cough hanging on.

Our fantasy Friday today came from Lillian. She has written a few FF for us but it's been a while. I'd love to see her come back. Please enjoy...

John couldn't believe his eyes. How could she?!? He looked again at the credit card bi 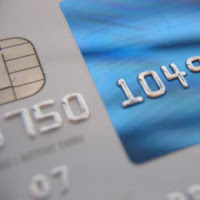 ll to make sure his eyes were not playing tricks on him. Even after blinking a few times, it was still there. Written clear as day was a three-hundred dollar charge. He was going to kill her….

It wasn’t long after they got married that John realized Sammy had no sense when it came to money. More than once during their first months of marriage Sammy came home from a shopping spree, having spent five to eight hundred dollars in a single sweep.

After the fifth time this happened, John had sat Sammy down to set some ground rules.

“You and I both know that we cannot afford for you to spend this type of money every time we turn around. We just bought a house; just started our life together and I don’t want to lose everything because you can't control your spending.” She gave him a pout but he forged ahead.

“I love you, you know I do, but from now on you can only spend a hundred dollars a month.”

“But…” Sammy tried to intervene again.

“There will be not buts about this. Actually, it will be your butt on the line if you can’t follow this rule.” John had been spanking Sammy since a month after they met. She had thrown a beer bottle at his head during a minor disagreement. “I’m serious about this Sammy. No more spending just to spend, or I’m taking the extra cash outta your butt, you got it?”

Not happy but not knowing what else to say Sammy had agreed. And she had done a darn good job following the rule too. (Unlike some of her other rules!) There had only been two occasions, over the last three years, where Sammy had broken her spending rule without permission. Both times John had punished her.

The first time she had only spent about $10 more than she should have. She did it on purpose about six month after he had instated her allowance, just to see what he would do. She quickly found out that even ten extra dollars earned her a hot seat. John had first taken her over his knee and lit into her with only his hand. Then he had pulled out the dreaded hair brush and made her glow. She ate dinner standing up that night. John was obviously not messing around about her spending.

The second time, Sammy had been mad at John for spending too much time watching golf. She had stormed out of the house upset and returned hours later, a hundred and seventy-five dollars lighter. She barely made it through the door with her shopping bags before John had her turned face down over the back of the couch. He used the dreaded brush on her again but also gave her twelve awful swats with his belt. She knew he wouldn’t have been so hard on her had she not spent so much money out of anger. She hadn’t gone over her budget since that day.

She loved John and didn’t want to disappoint him. Overall, he really was fair about the no spending rule. Especially when a special occasion came up. Like the month of her sister’s wedding where she got permission to spend almost two-thousand dollars between a new dress, shoes, jewelry and a present.

But John had not given her special permission to spend three hundred dollars this time. Sammy was going to be in a world of trouble when she got home from work.

“How was your day sweetie?” he greeted her sounding a little too smooth.

“Um, fine. How was yours? Is something wrong?” she asked making her way into the house.

“Mine was great. Nothing was wrong.” ‘Uh oh’ she thought, scrambling for what he could have found out that would result in her having a warm rear. When a list of about fifteen things popped into her head she decided to keep her mouth closed. “I got off work early. I thought we might have dinner out tonight. I checked the mail when I got home and we got our latest credit card bill.” ‘Uh oh’ she thought again, ‘he wasn’t supposed to see that’.

“Sammy, three hundred dollars? For what?” He paused only briefly, “No, don’t even answer that! That’s triple your budget!!”

They hadn’t made it out of the foyer yet but he swung her around tucking her neatly under one arm. With his free arm he lifted her customary skirt and started in.

“What were you thinking?” he asking spanking away.

“Do you know how much we could buy for three-hundred dollars?” as he walked, his swats got harder.

“Ow, John wait! I can explain! Please!” Sammy begged trying to wiggle away.

After a volley of five hard swats to her bottom, he let her up. “Explain fast.”

Rubbing her rear, Sammy pushed down her skirt with a smile, “I’ll be right back. I have to show you.” She started up the stairs but he grabbed her arm.

“Bring down the hair brush when you come back, I doubt there’s any explanation that’s going to get you out of this.” He promised with a sad look. The smile dropped from her face as she hurried up the stairs.

John could hear her overhead, first in their bedroom then in the spare bedroom closet.

“John it’s too heavy, I like never got it up here in the first place! Can you just come see please?” 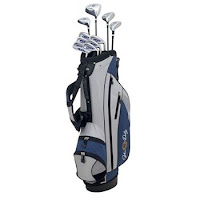 Confused but intrigued John climbed the stairs and entered the spare bedroom. In her left hand was the hair brush just as he instructed. Under her right hand, half in the closet, half out was a brand new set of golf clubs.

“Happy birthday!!” she smiled with delight.

“ No,” she agreed, “your birthdays not till next week, but I decided keeping the surprise another week was not worth the cost of three hundred dollars coming out of my bottom!!” she giggled as he hugged her.

“I completely forgot it was my birthday,” he admitted. “But three-hundred dollars is still a lot of money, sweetie...”

“For your 30th birthday I figured it was ok to splurge a little.” She smiled up at him as realization hit him. Not only had he forgotten his own birthday but it was obvious he had also forgotten that he was turning the big three-oh.

“Well, in that case, I guess I have to agree and say thank you. It was very nice of you to buy me such a lovely gift for my birthday.” He said, removing the brush from her hand as he slowly kissed her.

“But do me a favor?” he said breaking away.

Once again she smiled up at him, “What’s that?”

“NO… PARTY…!” he said punctuating each word with a swat from the brush before dropping it to the floor.

“Owwie” she complained as he lifted her off her feet and carried her to their room.

Even with the burn of the last two swats fresh in her mind, Sammy wondered with a grin what John was going to say next Saturday with a hundred of his closest friends showed up to celebrate his birthday.


Lillian is fairly new writing in this genre but I think she is getting the hang of it beautifully! I have enjoyed each of her stories and if you would like to go back and read her other they can be found here and here. Lillian, thanks again and I hope you keep writing.

Today would be a great time to write up that Fantasy Friday that has been running round and round in your head. Please send any story you would like to share to elisspeaks@yahoo.com
Posted by PK at 8:30 AM